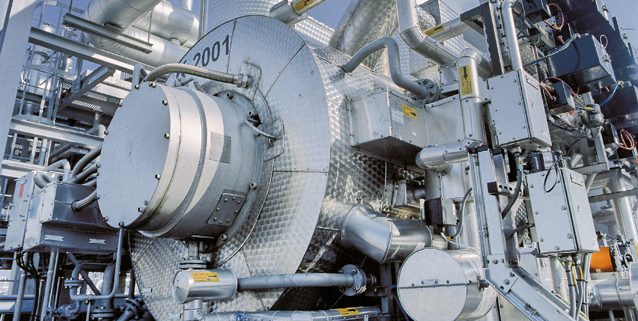 The most common time a VFD overvoltage fault occurs is during deceleration. Sometimes the braking torque requirement exceeds drive braking circuit capacity. Other times the deceleration is too fast for its load and inertia from the load is going faster than the designated frequency. If you hit stop during a ramp down, the load spins faster than the designated frequency, the motor regenerates power back into the drive. The motor load then turns into a generator. This power is fed back into the drive, and stored on the DC bus. Extending the deceleration time is one way to solve a VFD overvoltage fault during deceleration.

If extending the deceleration time does not solve the VFD overvoltage fault, a dynamic brake may be required to dissipate the excess energy. A dynamic brake is a resistive device that takes energy from the bus and burns it off as heat. The only other solution is to reduce the inertia on the load to the motor. How you do that is dependent on your application. A constant overhauling load may be a good application for a regenerative drive, where instead of a dynamic brake removing energy by converting it to heat, a regenerative unit will put the energy back on the utility line, and may even decrease your energy bill.

If the output load has a clutch, that may cause a VFD overvoltage fault. If there is a sudden drop in load, the motor speed may increase quickly, causing a regenerative load. If this is the case, a dynamic brake might help absorb the energy.A dynamic brake removes energy from the bus and burns it off as heat.With a high voltage line, and an application where a conveyor becomes less loaded, may be enough to turn the motor into a regenerative load. The drive is only able to absorb regenerative power to a certain extent, but too much will cause a VFD overvoltage fault.If the load is known to be stable, and not changing torque requirements drastically, then check the incoming line to the drive.

When high incoming AC voltage is present A VFD overvoltage fault can occur while the drive is sitting idle. If this VFD overvoltage fault is sporadic, theres something nearby that is causing the AC line to fluctuate. If you investigate large induction loads, see if they are causing the distribution line to change voltage.If an improperly tapped transformer is present, that can also cause an overvoltage fault by keeping the incoming line at the high end of the recommended voltage. This wont allow much room for voltage changes on the DC bus, if they were to occur. Incoming line fluctuations may not be detected by a multi-meter. If the voltage rise is quick and / or sharp, a multi-meter may not work fast enough to capture the reading. An oscilloscope or voltage monitor may be necessary to capture the voltage rise.
If the main incoming power line has power factor correction caps, switching in and out may also cause a large power spike. In this case, an isolation transformer or line reactor may be required on the front end of the drive to absorb the power spike.