Baldor goes beyond the industry standard with innovations to provide reliable performance, while exceeding customer expectations. Some examples of Baldor firsts:

Whether that means a product from stock, or a specific custom application, Baldor believes in providing customers with choices and is always ready to tackle the most challenging application.

The BSM C-series from Baldor provides industrial motion control machines with an AC brushless servo motor with higher inertia thus providing an excellent match for equipment requiring higher inertial matching. The goal of this series design was to increase torque while reducing package size (comparing to previous Baldor series). The result was a torque increase of up to 50% in some models, with a package reduction of up to 2 inches/50mm.

The rotor is a time proven quality design the reliability has been proven in numerous worldwide applications. The BSM C-series is used in equipment such as: moving webs, machine tool, packaging, factory automation, material handling, printing converting, food packaging, assembly lines, and many other demanding applications.

ABB offers digital based DC drives for a wide variety of applications and in many configurations. ABB DC drives are available in single modules, panel drives, and complete enclosed cabinet variations. ABB DC drives are available in both regenerative and non-regenerative.ABB also offers retrofit and rebuild kits to update the controls for existing drives that are in production. With power ranges from 20 amp – 10 horsepower through 5,200 amp – 3000 horsepower, and packaged solutions up to 20,000 amps; ABB drives are a reliable source for all applications where DC drives are needed.

The ABB DC drive meets requirements of the most demanding applications and with its embedded software functions that offer upgrades to classic installations such as 12-pulse, double motor operation, and field reversal. applications like DC chargers or magnets. ABB industrial drives are available both as complete DC drives and as modules to meet the requirements of the users, OEM’s and system integrators. These drives are highly flexible DC drives can be configured to meet the precise needs of industrial applications.

The ABB DCS800 DC industrial drive is the most current DC drive product available from ABB, and combines the newest control technology with a thyristor power platform that has been factory-proven worldwide. The DCS800 is available in a wider power range than any other DC drive in its market. The hardware and software are designed with special features to make installation and configuration simple.

The ABB DCS800-EPx panel drive is a DCS800 power module and associated system components are mounted and wired on a sub-panel. This power module comes ready to be installed into an industrial enclosure; system components include AC Contactor plus optional components.ABB DCS800 DC Panel Drives are also designed to easily replace a Reliance Electric FlexPak 3000 drive. The DCS800 panel drive is available in power ranges from 460 Volt AC – factory or field convertible to 230 Volt -AC power. Horsepower ratings for the DCS800 panel drive is from 10 horsepower through 600 horsepower with normal duty ratings.

ABB DCS800 Enclosed Converters are enclosed drive modules and support hardware that is mounted in an enclosure; intended to power and control DC industrial machines. The comprehensive product range of this product is available with regenerative (4-quadrant) and non-regenerative (2-quadrant) drives in standard 6-pulse or 12-pulse configurations. The cabinets have a continuous current rating which ranges from 18 amps up to 9,800 amps. (19,600 amps possible with parallel units.) Supply voltages range from 230 to 1200 Volts A.C. Custom configurations are possible with a wide range of optional components, including motor blower starter, 24 Volts D.C. supply, external field supply, multiple drives, Advant (AC 800M) controller and S800 Input / Output system.

Hitachi industrial SJ700 Series AC Variable Speed Drives and inverters are the first off-the-shelf units with integral easy sequence programmable functionality (EzSQ) as a standard feature. The SJ700 Series inverters can handle complex applications with ease because of the new Easy Sequence (EzSQ) programming software, precise positioning, and safe stop according to EN954-1. The SJ700 AC Variable Speed Drive is undoubtedly the most powerful in its class.

Hitachi SJ700 Motor drives are a result of high degree of commonality between models and user-friendly configuration software, making them easy to install, program, and maintain. With our broad lineup of industrial AC variable frequency drives, Hitachi aims at providing an economical solution for industry’s most challenging applications.Explore just a few of the high-level features of Hitachi industrial SJ700 Series AC Variable Speed Drives below:

The Hitachi SJ700 Series motor drives are available in voltage ranges from 200-240 Volt, 3 Phase; in power ratings from 1 Horsepower up to 50 Horsepower.

The Hitachi SJ700 Series motor drives are are also available in voltage ranges from 380-480 Volt, 3 Phase; in power ratings from 1 Horsepower up to 600 Horsepower.

Hitachi SJ700 Series Motor Drives are stocked products in nearly every horsepower; this is to keep production at a maximum and downtime to a minimum for manufacturing facilities across the Americas. Hitachi Drives can be expedited for immediate shipment to manufacturers across the Americas through Hitachiintegration or distribution channels.

Variable Frequency Drives are used in applications ranging from small industrial fans to the largest of oil refinery, centrifugal pumps and compressors.About one third of the world’s electrical energy is consumed by electric motors in fixed-speed centrifugal pumps, fan and compressor applications. Variable Frequency Drives worldwide market towards most industrialapplications is still relatively small. The main advantage of variable frequency drives highlight significant energy efficiency improvement for obsolete and older technology via a retrofit with an alternating current electric motor and variable frequency drive installation. 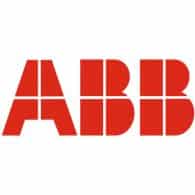 ABB designed the ACQ550 to save save energy by applying variable electronicspeed control to pumps and pumpingsystems. These savings can be achievedover bypass or valve-operated flow control,traditional diesel driven systems or across theline operations. The Affinity Laws of physicsdefine the relationship between pumpsand the power they require. On centrifugalpump applications, the power requirementof the pump varies by the cube of the speed.Electronically reducing the pump speed by20% will typically cut energy costs in half.Designed for waterThe ACQ550 – which ranges from 1 to 550HP – is well-suited to meet customer demands, fromthe simplest pumping applications, through themost demanding.Introducing an industry-driven approach, a growing network of Water and Wastewater experts, and the new ACQ550 industry-specific variable frequency converter.

To learn more about the ABB ACQ550 product, visit the ABB Website.

There are 3 general types of variable frequency drives:

DC motors have a rotating armature winding (winding in which a voltage is induced) but non-rotating armature magnetic field and a static field winding (winding that produce the main magnetic flux) or permanent magnet. Different connections of the field and armature winding provide different inherent speed/torque regulation characteristics. The speed of a DC motor can be controlled by changing the voltage applied to the armature or by changing the field current. The introduction of variable resistance in the armature circuit or field circuit allowed speed control. Modern DC motors are often controlled bypower electronicssystems called DC drives.

DC drives are also known as DC Motor Speed Control Systems.The speed of a DC motor is directly proportional to armature voltage and inversely proportional to motor flux; either armature voltage or field current can be used to control the motor speed. DC Motors have become expensive and today most DC motor speed control systems are retrofitted with an AC induction motor and AC variable speed drive. AC variable frequency drives are less expensive than DC Drive systems, are more available and are more energy efficient than DC Drive systems.

An eddy currentdrive consists of a fixed speed motor and an eddy current clutch. The clutch contains a fixed speed rotor and an variable speed rotor separated by a small air gap. A direct current in a field coil produces a magnetic field that determines thetorquetransmitted from the input to the output rotor. The controller provides closed loop speed regulation by varying the clutch current, allowing the clutch to transmit enough torque to operate at the desired speed. Speed feedback is provided by an integral AC tachometer.

The newer / updated version of this post can be found in the following link:

FANUC develops and manufactures state-of-the-art automation products and solutions. The product range includes both entry-level and complex CNC products with high-speed functions, digitally controlled servo motors and spindle motors, and user-friendly operator interfaces.The FANUC CNC system is installed in the machine in the form of a productive CNC package complete with CNC, amplifier, motors, I/O modules and operator panel. Such a complete CNC concept promises that the components are coordinated to optimum effect, offering the highest performance and productivity.

There are many ways in which the productivity of machine tools can be influenced. First and foremost, FANUC dedicates more than 30% of its employees to R&D to provide the most reliable, efficient and innovative CNC systems available – ensuring the very lowest Total Cost of Ownership. Fanuc designs their CNC systems to have the highest Mean Time Between Failure (MTBF) in the industry 17 to 32 years on Fanuc’s current CNC systems. No other manufacturer can compete to this.

Fanuc ALPHA i and BETA i Series

The Fanuc DiS Series synchronous, built-in torque servo motors are ideal for rotary tables and rotary axes for 5-axis machines. They feature low ripple torque, an angular acceleration of over 100,000 degrees/s2 and maximum speeds of up to 1,000 rpm, depending on the model. Through the use of rare-earth magnets they attain a maximum torque range of 22Nm to 3000Nm in both high-voltage and 200V configurations.

The Fanuc Linear Motor LiS Series set new standards for acceleration, precision and speed – delivering high gain and rigidity with excellent path accuracy. Unlike conventional drives they work without any force transmission mechanisms – making machine design and maintenance easier. In conjunction with the digital amplifiers from FA NUC, they attain maximum acceleration values of up to 340 m/s2 and speeds of 4 m/s. They can generate peak forces of 300N to 17,000N in both high-voltage and 200V configurations and are offered in variety of motor shapes available to match mechanical requirements.

If your maintenance or manufacturing team ever needs a repair quote or replacement quote for any of your variable frequency drives, PCB’s, servo equipment, PLC & automation products, or any other industrial related equipment, contact Precision Electric for immediate solutions. Minimize your Downtime. Maximize your Productivity.