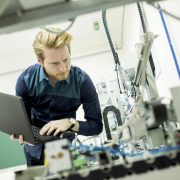 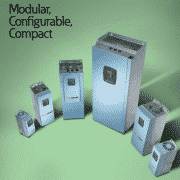 Cutler Hammer SVX9000 adjustable frequency drives are the compact, modular solution to variable speed applications. They enable a broad range of new application capabilities. A complete selection of option cards allows you to configure the drive to meet any requirement. With its wide voltage range, high overload ability, and user-friendly alphanumerical keypad, Cutler Hammer SVX9000 drives are the smart decision for every user.

Even when the drive is unpowered, the Cutler Hammer SVX9000 can be programmed and tested. The control logic module can be powered from an external +24 Vdc source so youre ready to train, test and go live whenever needed. Whether you choose local or remote operations via the keypad, simple copy/paste functions streamline the process.

The Cutler Hammer SVX9000 may be configured with several different communication protocols, making it easy to communicate with all commonly used control systems. The control units powerful microprocessor can be used for local control tasks, thereby freeing resources of the control system for other control tasks. 9000XEngine, the versatile block-programming tool, eliminates the need for a PLC and significantly simplifies the control system.

9000XLoad is an easy-to-use tool for uploading system, application and option card software intended for use by engineering, commissioning and service personnel. 9000XLoad is also suitable for loading custom applications to the SVX9000 drive.

9000XDrive is a software tool that allows uploading and downloading drive parameters. Parameters can be changed, saved, and uploaded to any number of SVX9000 drives. The tool has the ability to print parameters or save them to a file for future use and reference. Parameters can be compared to default values to determine drive setup. Operator functions include the ability to set references, start and stop the drive, and to monitor signals and actual values. These values can be displayed via a graphic display.

9000XEngine allows the user to create IEC 1131-3 compliant custom applications with 9000XEngine. This graphical design tool customizes the control logic and parameters in the SVX9000. Functional Block Diagram (FBD), Ladder Diagram (LD) and Structured Text (ST) are all part of the function set. 9000XEngine enables the creation of parameters, fault messages and other application related features. 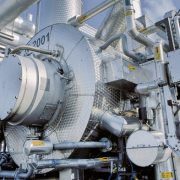 The most common time a VFD overvoltage fault occurs is during deceleration. Sometimes the braking torque requirement exceeds drive braking circuit capacity. Other times the deceleration is too fast for its load and inertia from the load is going faster than the designated frequency. If you hit stop during a ramp down, the load spins faster than the designated frequency, the motor regenerates power back into the drive. The motor load then turns into a generator. This power is fed back into the drive, and stored on the DC bus. Extending the deceleration time is one way to solve a VFD overvoltage fault during deceleration.

If extending the deceleration time does not solve the VFD overvoltage fault, a dynamic brake may be required to dissipate the excess energy. A dynamic brake is a resistive device that takes energy from the bus and burns it off as heat. The only other solution is to reduce the inertia on the load to the motor. How you do that is dependent on your application. A constant overhauling load may be a good application for a regenerative drive, where instead of a dynamic brake removing energy by converting it to heat, a regenerative unit will put the energy back on the utility line, and may even decrease your energy bill.

If the output load has a clutch, that may cause a VFD overvoltage fault. If there is a sudden drop in load, the motor speed may increase quickly, causing a regenerative load. If this is the case, a dynamic brake might help absorb the energy.A dynamic brake removes energy from the bus and burns it off as heat.With a high voltage line, and an application where a conveyor becomes less loaded, may be enough to turn the motor into a regenerative load. The drive is only able to absorb regenerative power to a certain extent, but too much will cause a VFD overvoltage fault.If the load is known to be stable, and not changing torque requirements drastically, then check the incoming line to the drive.

When high incoming AC voltage is present A VFD overvoltage fault can occur while the drive is sitting idle. If this VFD overvoltage fault is sporadic, theres something nearby that is causing the AC line to fluctuate. If you investigate large induction loads, see if they are causing the distribution line to change voltage.If an improperly tapped transformer is present, that can also cause an overvoltage fault by keeping the incoming line at the high end of the recommended voltage. This wont allow much room for voltage changes on the DC bus, if they were to occur. Incoming line fluctuations may not be detected by a multi-meter. If the voltage rise is quick and / or sharp, a multi-meter may not work fast enough to capture the reading. An oscilloscope or voltage monitor may be necessary to capture the voltage rise.
If the main incoming power line has power factor correction caps, switching in and out may also cause a large power spike. In this case, an isolation transformer or line reactor may be required on the front end of the drive to absorb the power spike.

Situated higher in the Hill Country, Austin has been spared the worst of what Harvey has wrought in cities like Rockport, Houston and Corpus Christi. But it is near enough to the coast that most of us who call it home know someone afflicted by this particular natural disaster. In a way, it has become personal to us. Communities and in the United States, states are absolutely communities are funny like that.

Natural disasters like Harvey and Hato are unpredictable. (Advances in meteorological technology clue us in to general arrival times and broad behavior, sure, but even as late as this week no one could confidently say whether Harvey would turn east or west.) They come quickly and, compared to great plains and mountain chains, leave just as quickly. Put simply, there are things that cannot be accounted for ahead of time. Think about Japans bad luckat the Battle of Midway. Remember Gen. Robert E. Leesmiscalculation at Gettysburg. Recall Mount Tambora, whose eruption in 1815 would destroy crop harvests around the world, giving the world in 1816 what would be known as the Year Without a Summer. Hurricane Harvey, and the concurrent storms of southern China, are serious enough to consider whether they qualify.

There are always circumstances we will not be able to anticipate, and the only antidote for that is to be quick to recognize when those circumstances are upon us and to correct our course accordingly.

Lets consider, then, the geopolitical importance of the storms that have stricken China and the United States, the largest economies in the world. Well start with China. The importance of these typhoons stems not from the tragic deaths and injuries resulting from the storm although they are indeed tragic. Their importance stems not from the economic fallout sure, itll be a costly reconstruction process, estimated by some to be roughly $1 billion, but China can afford it. Their importance stems not from trade none of Chinas most important trade infrastructure was harmed by Hato and Pakhar. Their importance does not even stem from location though the most affected areas, Hong Kong and Macau, are vital to Chinas economic interests, they serve mostly as a means to access capital markets. It is easier to rebuild a broken stock market than a broken port.

No, the geopolitical significance of these storms results from the political situation they created. In between landfall of the two typhoons, 1,000 Peoples Liberation Army troops left their garrison in Macau and took to the streets, at the behest of Macaus chief executive, to assist with clean-up operations. Though Macau is part of China, it boasts an autonomous government, so the deployment of troops is no small matter.

Of course, disaster relief is not the same as a military invasion, and the deployment can hardly be seen as an act of aggression. But it brings into relief one of Chinas most pressing political challenges: managing its special administrative regions. Over the past week in Hong Kong, one such region that is particularly suspicious of Beijings intentions, tens of thousands of protesters demonstrated against the arrest of democracy advocates. Though technically a separate issue from the situation in Macau, many protesters believe the troop deployment sets a precedent for losing more of their own autonomy. (Tellingly, Hong Kong reporters have been banned from entering Macau.) Its unclear whether their suspicions have any merit, but Beijing certainly wants to enhance its control over these territories, and the typhoons have given Beijing pretext to deploy troops.

Hurricane Harveys impact on American Oil Refineries production will be temporary, even if it is severe. In the short term, though, it could be globally significant. The storm has stalled out over Houston and promises to dump more and more rain over the area. If it damages the Colonial Pipeline which transports more than 40 percent of the Texas Gulf Coasts refined product, according to the EIA U.S. consumers would not only have to pay more at the pump, but U.S. policymakers would have to deal with Russia, which would greatly benefit from even a momentary spike in prices. It wont be clear what will happen to oil prices until we know what kind of damage coastal facilities have sustained, but the possibility of higher prices cant be ruled out.

Storms such as Harvey introduce unknown variables into our model. We cant predict them, but we can design our model to account for them when they happen. And why wouldnt we? Nation states tend to act differently when they stare down the ultimate geopolitical power: nature itself.

References:https://geopoliticalfutures.com/ as well as portions of article are from anarticleby Jacob L. Shapiro of GPF